Plant a tree in memory of Randy
An environmentally-friendly option 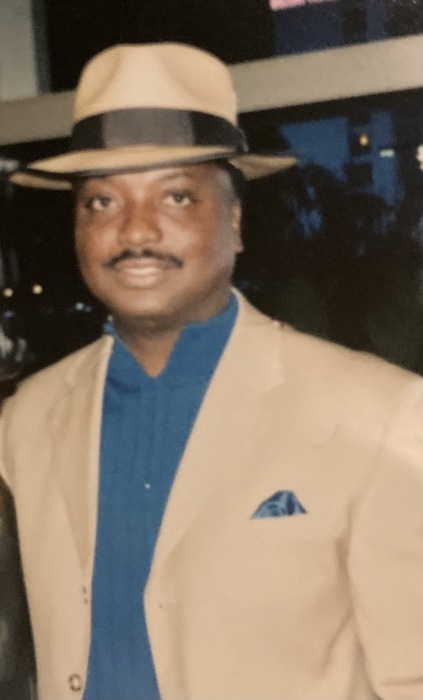 Randy was born on August 26, 1958, and passed away on June 30, 2021. His whole life was spent serving his God Jehovah, as one of His most faithful witnesses. He dedicated his life to Jehovah and was baptized on October 7, 1973, at age 15.  He was preceded in death by his father, William (Mr. Money) Harris; Mother Katie Mae Harris; two sisters, Willie Mae (Judy) Harris; and Beverly Ann Harris; father-in-Law, Alston Rawls; sisters-in-law, Laura (Ruthie) Rawls; and Tina Rawls; and niece, Leah Harris Cooper.

He was a full-time pioneer minister for over 30 years. As a diligent student of Jehovah’s word the Bible, he was able to apply Bible principles in his daily Life.  He was a spiritual role model for young ones. In imitation of his God Jehovah, he was very hospitable and generous, as he freely and unselfishly gave his time, energy, and material resources in his service to Jehovah God.  He volunteered to serve in various countries as an international construction worker and attended various theocratic schools to receive further Bible instruction to enhance his spiritual skills. By means of his Christlike spirit and self-sacrificing love, Randy proved to be a fine example worthy of imitation. He will truly be missed by all who knew him, as he rests safely in Jehovah’s memory until his day of resurrection.

Plant a tree in memory of Randy by clicking here.
To send flowers to Randy's family, please visit our floral store.

A service summary is not available

Plant a tree in memory of Randy
An environmentally-friendly option

Plant a tree in memory of Randy

1 tree planted in memory of Randy

In the early days of the Organization in area of Mobile and Pascagoula, "Money" Harris and Jesse Crawford were among the "SPIRITUAL GIANTS". When daddy would go to Pascagoula to do the Sunday talk, we had hospitality at the Harris home. I remember that the Harris family would have to wait until our family had eaten. "Cup" as we called Randy, would pop his head in from time to time to see if we had finished so that he could eat.
Paul said (1 Cor. 13:11) "When I was a child, I used to speak as a child, to think as a child, to reason as a child; but now that I have become a man, I have done away with the traits of a child."  Looking back on our youth, I fondly reminisce about the days of playing basketball at Sue Ellen gym or Harmon Recreation Center. and playing softball at the Fairgrounds in Pascagoula or in Eight-Mile. Going to parties in New Orleans, Jackson, Pascagoula, or Gautier Ms. or in Mobile. And who could forget the fun we had at the "Touch of Class"?
However, when Randy became a man, a spiritual man, he choose the good portion for himself. He told me that he was going to go into the International Building work to work on building projects for Jehovah's Witnesses around the world.  He encouraged me to join him. Like many of our "boys", I chose a different path in serving Jehovah. When he came home, Cup would recall the many blessing he experienced, the joy he had and some of the unique experiences he enjoyed. He spoke of staying at the palace of a King in one country and being chased away from a swimming pool by a troop of baboons.  Randy continued to set a fine example by serving Jehovah as a Regular Pioneer.
Cup will TRULY be missed by me and my family. I feel as if I have lost a brother. To Angel and the Harris family, we are heartbroken and mourn with you over the loss of Randy. Our prayer is that Jehovah continue to provide comfort to you during this time of bereavement.  I look forward to the day when Cup, our parents and other loved ones will return to a paradise earth. We are going to have a party on the Coast that will NOT want to miss!

A Memorial Tree was planted for Randy Harris

Plant a tree in memory of Randy